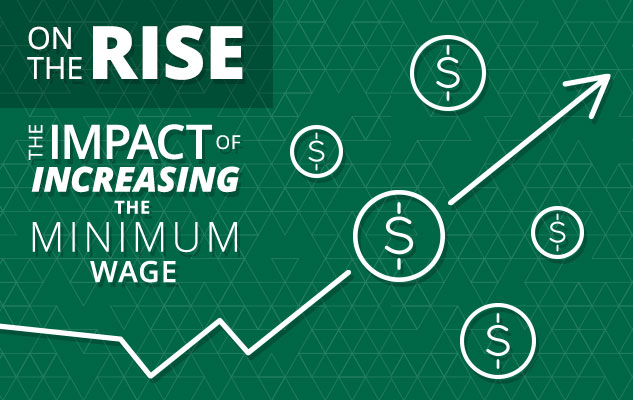 In a December 2020 post-election industry impact discussion with former representatives, Charlie Stenholm (D) and Steve Bartlett (R) discussed several topics regarding key changes we can expect to see in 2021 under a Biden-Harris administration. We at Vault Rooms are publishing a series of articles summarizing their perspectives based on their 34 collective years in the US Congress. Their positive outlook on the different issues that our nation is facing and possible solutions are extremely encouraging. This article elaborates their views on how to address the gap between Wall Street and Main Street.

Steve Bartlett (R): “The solution is not to cut off the top, but to raise the bottom.”

Mr. Bartlett expressed that it’s important to bear in mind that Wall Street and Main Street are not enemies. Companies on Main Street can be very large, and companies on Wall Street can be either small or out of business tomorrow. He further clarified that Wall Street has the ability to raise large sums of capital and then spread it out through the economy and provided the following example: If you want a new car loan, you go to your community bank; the bank is actually financed through big funds that are raised on Wall Street. If you don’t raise the money, then the community bank can’t provide the car loan. It is as simple or as complicated as that.

Mr. Bartlett stated that the way to bridge the gap in income inequality is not to cut off the top by increasing taxes on the higher incomes because that doesn’t incentivize the entire economy to produce. Instead, the solution is to raise the bottom.

“What needs to happen is doubling the earned income tax credit, doubling the child care tax credit, doubling Pell Grants. If you want more of something, which is more production, more work, more employed people at the bottom end of the scale, then you have to incentivize people to be able to do that.” Steve Bartlett, Republican Policy Maker, U.S. House of Representatives Member, 1983-1991

Mr.Bartlett further elaborated that income for low and moderate-income families has actually increased in the last 20 years. However, the difficulty is that it hasn’t increased by as much rate as the upper income. As a result, increasing after-tax income for the low-income category has to be done. Mr. Bartlett stated that this will solve a lot of problems, including the revenue issue, because you get more productivity, while also addressing income inequality in the country. Mr. Bartlett believes that, politically, the progressive wing of the Democratic Party will drive this issue in Congress and hopes the debates will conclude with a relatively balanced tax bill.

Charlie Stenholm (D): “We’ ve seen a substantial increase in the income of the top one-tenth of one percent…”

Mr. Stenholm stated that if you believe in the market system, it has to work from the bottom to the top; it can’t just be favorable for those at the top. He further expressed that you can’t grow an economy unless the people, especially those in the lower-income categories, have the money to buy that which you are producing.

“I like to quote Henry Ford when he wanted to make sure that the people that were building his cars could afford to buy them. That’s an oversimplification, but to me, it puts a little meat on the bones of what Steve was just saying. It’s a balance that needs to be achieved.” Charlie Stenholm, Democratic Policy Maker, U.S. House of Representatives Member, 1979-2005

Mr. Stenholm believes that too many benefits have gone to the financial community, particularly during the COVID-19 pandemic. He stated that this is an area where some taxation needs to occur and that if companies are going to receive benefits from the government, they should not object to paying a tax on that subsidy.

The veteran Democrat mentioned that we have had a substantial increase in the income of the top one-tenth of one percent, and most of this money is currently not going into the productive investments the US will need to get back to being competitive with the world.

The Need For Leadership

Both Mr. Bartlett and Mr. Stenholm highlighted the imminent need for more leadership in the country during these tumultuous times and stated the importance of more citizens being involved in order to ensure a better future for the country. Both representatives encourage business owners and investors to get involved and be more persistent in building cordial relationships with their local congressmen and staff.

“You don’t even have to talk to your congressman or woman, you could talk to their staff. You’ve got some of the finest, smartest young people working for members of Congress. Congressmen depend on their staff and receive a world of information and education through them. That’s primarily what the staff is there for, to talk to the boss and share good ideas. And when you come up with a good idea, guess what? It gets to the boss, and sometimes it even gets enacted into law.” – Charlie Stenholm, Democratic Policy Maker, U.S. House of Representatives Member, 1979-2005

After leaving Congress, Mr. Bartlett has served as President and CEO of the Financial Services Roundtable from 1999 to 2012, an advocacy group lobbying the US Federal Government on financial services legislation. He has also served on a number of board of directors including IMCO Recycling, Kaufman and Broad Home Corporation, Sun Coast Industrial, the Fannie Mae National Advisory Council and the board of the Dallas-Fort Worth International Airport.

PrevPreviousWhat Tax Changes Can We Expect to See with the New Administration?